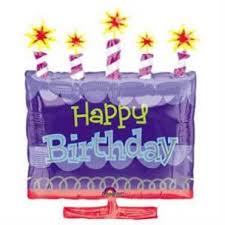 There are a lot of celebrations going on to commemorate the 25th anniversary this month of the AS/400.  It has been an extremely successful product for IBM that has led to multiple generations including the iSeries and the IBM i among others.

The actual launch took place in 1988.  It was exciting to work for IBM and see how they did things, to visit “the Tower” so to speak.  I learned a lot about the painstaking steps needed to build new hardware.  There are many things that need to be taken into consideration, with application compatibility a high priority.  If applications do not convert seamlessly, customers have problems.  The sheer magnitude of the project and the amount of testing, automated and otherwise, was… impressive.  I was fortunate to be a part of the development process.

I was 29 in 1986 when I was called in as a consultant to work as a programmer at IBM.  The project was code-named Silver Lake, named for a lake in downtown Rochester, Minnesota where development of the system took place.  My job was to convert applications to run on the AS/400 platform.

The care and attention given to testing for the Silverlake–AS/400 project made a strong impression on me and has made its way into our own protocols for bringing new products to the market.

The AS/400 signified an aggressive effort on the part of IBM to listen to customers who wanted an affordable midrange computer.  It has been a phenomenal worldwide success and I took that customer centric philosophy with me as I went on to work for other companies and start a few of my own.

The AS/400 marked a huge change in fortune for IBM.  The fact that the product continues to run core applications for companies around the world is a testament to the hard work and planning that went into development.  It was great to be part of the development process and learn some important lessons that continue to inform my work more than 25 years later.