HomeNewsUsing IBM i Monitoring Software to Monitor for Disconnected Jobs

Using IBM i Monitoring Software to Monitor for Disconnected Jobs 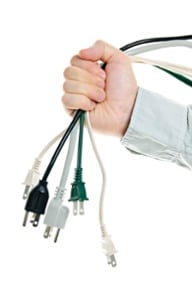 IBM 5250 Telnet sessions are not dead, but occasionally you have to kill one.
A lot of shops in the IBM i community still use old-fashioned Telnet terminal emulators such as the Personal Communications product that comes with IBM i Access for Windows, third party emulators like Mochasoft’s TN5250, or generic Telnet emulators that come with thin clients or scanners. There is not any IBM i System monitoring and notification built into the operating system.

There’s just one problem with Telnet 5250 jobs. They can abnormally disconnect from your IBM i partition for any number of reasons, including:

And abnormally disconnected jobs remain on the system with a job status of *DSC, which can cause system problems. Disconnected jobs are like IBM i zombies that must be killed as soon as possible before they affect system performance by looping, locking records, or interfering with critical functions or processes.

And when you absolutely positively have to kill zombie disconnected jobs on your IBM i, here’s three easy steps for killing them quickly and mercifully using IBM i system notification and monitoring software, like my own MessageFlex package.

Not all disconnected jobs are bad or harmful to your system.

Depending on how an IBM i partition is configured, the operating system can automatically disconnect interactive jobs that have been inactive for a designated amount of time. Shops use this capability as a security feature to prevent unauthorized users from changing data in an unattended interactive session. This feature is similar to what a Windows machine does when it locks the desktop after so many minutes of inactivity.

A properly disconnected interactive job is still active on the system but in order to use it, the user has to log on to use it again.

Where &4 is a parameter that tells you the name of your interactive job device. When you see this message, it usually indicates an abnormally disconnected job that might need action.

Step #3: Alerting responders about the problem job with IBM i System monitoring and notification

Once you know how to identify abnormally disconnected jobs, it’s easy to set up your monitoring package to alert your responders to deal with the situation.

Simply set one of your monitors to look for a CPF5140 job message in the system log, and send out an alert when it finds it. If you want to automatically end the disconnected job, you can specify that the monitor runs an End Job command (ENDJOB) or a custom program to kill the disconnected job before it uses any more of your system resources.

It’s simple when you have the right tools

Auto-identifying and ending abnormally disconnected jobs is just one benefit of having an IBM i system notification and monitoring package, such as MessageFlex. A monitoring package can be your eyes and ears on the system, eliminating the need for 24×7 monitoring personnel and proactively detecting and dealing with unexpected system and applications problems as they occur. If you want to learn more about how system notification and monitoring software can help your IBM i system, contact us at DRVTech for more information and a free consultation.

See how automated IBM i system monitoring can help you create a lights out Data Center by requesting a 15-day trial version of MessageFlex.