HomeNewsIBM Eyes End of Support for AS/400

IBM Eyes End of Support for AS/400

Well, sure. Someday. Everything becomes unsupportable eventually. But not to worry. Nothing imminent. Just a little April Fool’s humor to get your day going.

But here is something that is no joke. If you have any Windows XP in your shop, support really is winding down. 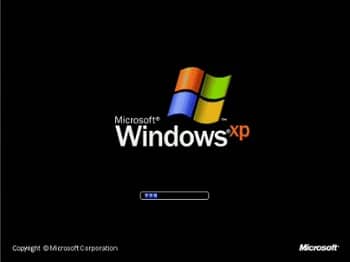 End of support is coming next week on April 9th. You know who is excited about this? Hackers. They are drooling at the possibilities this presents in security holes. In fact, they are waiting for April 9 to launch new attacks, hoping that they can take advantage of any vulnerabilities Microsoft may have missed, and will no longer be fixing.

So, make sure you have updated all security patches. Get in contact with your anti-virus vendor. And most importantly, think about getting off Windows XP. The anti-virus vendors can only do so much. They don’t have access to the operating system the way Microsoft does when fixing security issues. The consequences can be very dire. Sophisticated malware can do nasty things like encrypt all of your documents so that you no longer have access to it; freeze or greatly slow down processing; or turn your computers into the source of massive spam emailing.

Such a scary topic on what is supposed to be a light-hearted day!

I will end with one of my favorite April Fool’s Day jokes. Back in the 1989, Richard Branson geared up a hot air balloon to look like a flying saucer, flew it over a town in England, and then landed it in a field. He meant to land it in a big public park but the contraption was blown off course. Three local policemen chased the flying machine until it landed, after being inundated with anxious calls about it. They tentatively crept up to it wielding truncheons.

When they saw Richard Branson and realized it was a joke they said they had never been so scared in their lives and reportedly survived the incident with good humor intact. Here is a link to the original article that ran.

Hope your day includes some fun mischief whether you are the perpetrator or victim of April Fool’s Day scheming!

For more tips, tricks, and tools for getting the most out of your IBM i, AS/400, and IBM Power Systems products, subscribe to our blog.