HomeNewsWhat’s on the mind of your CIO?

What’s on the mind of your CIO? 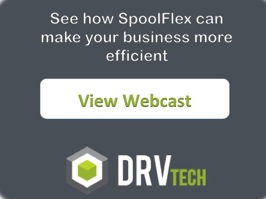 As 2013 starts winding down, it’s a good time to take a look at the big picture of IT, specifically what is likely on the mind of your CIO and how it will affect the whole IT staff in 2014. For a few years now, there has been a push to integrate IT into core business goals instead of keeping it in a silo. This makes sense since IT is now so heavily entwined into executing new business strategies that leverage big data, for example, and accommodate BYOD.

One indicator of how CIOs are thinking can be found in the buzz about two books that came out this year. Recently, I read an interesting article about the new book by Jim Noble, former CIO at GM, BP, and AOL Time Warner among other companies. The book is called The CIO’s Secret Playbook. One of the questions posed in an interview of the author was, “What would you have done differently, knowing what you know today?”

Noble’s reply was that he would have focused more on taking accountability for business outcomes. He said that CIOs tend to focus on “silent running, smoother operations” and sometimes made bad things happen faster (by automating the process and not being invested in the business outcome). Noble says that even when CIOs started aligning IT to business objectives, projects were run on cost instead of outcomes. He goes on to say that CIOs should discover the single most important issue to their CEO or executive committee and find a technology enabler.

Another thing on the mind of CIOs is the Chief Marketing Officer (CMO) relationship. A recent study by Accenture shows that a disconnect in planning and execution of projects between the CIO and CMO that requires heavy IT puts the business outcome of these initiatives at risk. The relationship between IT and Marketing is a major plot point of another book released in 2013 that is getting positive buzz. The book is titled The Phoenix Project.  It’s an interesting read full of smart strategies to get IT aligned with business goals and specific steps to take to improve workflow, particularly when it comes to development and operations. The book has been compared to Eliyahu M. Godratt’s The Goal, a seminal book about business process that has sold more than six million copies worldwide and is frequently used in college courses and in the business world as a case study in operations management.

The business principles in The Phoenix Project are wrapped in a surprisingly engaging fictional story about a multi-billion dollar company that is filled with dysfunctional processes. Company departments like marketing, IT, and sales don’t communicate with each other and there is a 20 million dollar IT project that threatens to throw the company into a “For-Sale” mode if it continues to be operationally shaky and behind schedule.

One of the storylines focuses on process bottlenecks. Every company has one. It’s usually the go-to person in the IT department who knows how to do everything, fix everything, so that they are constantly being pulled off of mission critical tasks. I think many of the IT people we work with would relate to this workflow issue. Here is an article that includes more takeaways from The Phoenix Project such as how to get development and operations better aligned so that testing on big rollouts isn’t left to the last minute.

So why should you care about what your  CIO is thinking?

Just like the CIO’s job is evolving and getting more aligned with business goals, the expectation will be that all IT personnel, from programmers and computer operators to engineers, start thinking less about “IT project work” and more about how to contribute to better business outcomes. Over the next few weeks we will look at the ways IT staff can get specifically aligned with business goals across multiple departments by getting the best output from their IBM Power Systems – whether it’s an AS/400, an iSeries, or a newer model.

Instead of reacting to requests, IT staff will be more called upon in 2014 to be more proactive in suggesting ways to better leverage the big data contained in their IBM Power Systems, get more efficient, and understand/support the big picture goals of all areas of the company. Because the key to using data to drive growth and improve the customer experience is to be able to get to it in an efficient manner, put it into reports, and automate the process.