HomeNewsTranslating IBM i for the Windows World

Translating IBM i for the Windows World 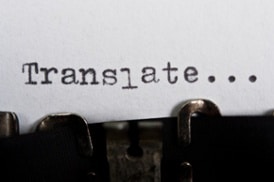 Through acquisitions, job changes or reorganizations, Windows-based managers who aren’t familiar with the IBM i may suddenly find themselves in charge of several IBM i partitions. It can be like travelling to a foreign country, where the natives speak a different language and the customs are different.

If you’re in this position, don’t panic.

While the jargon and terms may be unfamiliar, many IBM i concepts are similar if not exactly the same in the software industry as they are in the Windows world. They’re just called by a different name.

To help ease the transition to a new environment, here’s some common IBM i concepts and how they relate to the same concepts in a Windows world.

IBM i has always been sold as an integrated hardware and software platform provided by IBM (it can’t run on another company’s hardware). And through the years, IBM has renamed the hardware and the operating systems several times.

Most people understand what you mean when you refer to your partitions as IBM i and your hardware as IBM Power machines. But it is common (though incorrect) usage to call an IBM i system by any one of the following names:

These terms refer to the same type of machine: IBM hardware (usually a Power-based system) running a version of the ‘i’ operating system family or its predecessors. Unless you’re an IBM marketer or business partner, they generally mean the same thing in the marketplace. The proper term is IBM i running on IBM Power hardware but don’t worry if you hear other terms.

The IBM i operating system only runs on IBM Power systems hardware. Power hardware can also run AIX and Linux partitions so the hardware is not limited to running just IBM i systems.

An IBM i partition is the operating system environment that runs your applications and provides connectivity to the outside world. Similar to VMWare, IBM Power hardware can host many partitions on the same server, and it isn’t uncommon to see several types of partitions running together on the same machine, including.

Like VMWare, it’s relatively easy to spin up a new IBM i partition. They can be stopped, started, and run independently of each other.

IBM i partitions can be clustered or they can be set up in a high-availability setup.

The Number of Partitions

IBM i shops tend to have fewer partitions than Windows servers. Where a Windows virtual environment will normally run only 1-2 applications per partition, it’s normal for 20-30 IBM i applications to run on the same production partition.

This is accomplished through the ‘i’ operating system’s work management scheme. On an IBM i partition, you can restrict individual application processing to a specific subsystem, which can own or share its own memory and CPU. And all partition applications usually share the same disk. If an application crashes in a subsystem, only that application stops. It doesn’t affect the entire system (though it may have an effect on the database).

You may hear Power system memory referred to as working memory. That’s an old term, but it basically means RAM. Like VMWare, the IBM Power server allocates memory to its individual partitions. Each partition in turn, splits up that memory into individual storage pools that can be assigned to a partition subsystem running an individual application.  Memory can be statically assigned to a storage pool (fixed) or it can be dynamically assigned and re-assigned among several different storage pools (dynamic) under the operating system’s management.

In the IBM i operating system, fixes are delivered through PTFs which are functionally equivalent to Windows HotFixes. IBM bundles PTF fixes via Technology Refreshes, which are used for two reasons:

Applying Technology Refreshes offers some flexibility for backing out of operating system upgrades, that isn’t available when applying individual fixes.

PTFs can also be delivered and applied as individual fixes or as Group PTFs that are integrated with a particular software product or function.

Other terminology differences you may run into include:

Accounts – Accounts are called user profiles on an IBM i machine

Administrator – The equivalent of a Windows admistrator on an IBM i partition is a security officer accounts (also referred to as SECOFR, pronounced as seck-offer). SECOFR users automatically possess all object authority (*ALLOBJ), which allows them to work with all system resources and to access all objects on the system. Non-SECOFR users can also possess *ALLOBJ authority, which many auditors will require you to audit your systems for.

Restarting the system – IBM i users refer to a system restart or reboot as an IPL. IPL stands for Initial Program Load, but no one ever uses the full term. They only use the term IPL.

An IBM i operating system running on Power hardware is great combination for many business. i partitions power several industries such as distribution, manufacturing, banking, health care, and insurance. If you’re a Windows-oriented manager and you want to learn more about the IBM i operating system and the great software it runs for report automation, document management, and database reporting, feel free to contact us at DRV Tech.