HomeNewsBeware of Hidden Fees when Moving to Power 8 Hardware

Beware of Hidden Fees when Moving to Power 8 Hardware 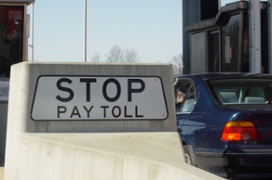 If you’ll soon be upgrading an IBM Power 6 or Power 7 system to new Power 8 hardware, you may be charged a toll to run existing IBM i third-party software on your new Power 8 system.

Blame it on IBM i third-party software pricing policies that sock you with license transfer fees.

Here’s how a change to IBM’s hardware upgrade paths affects what you’ll pay to transfer third-party software packages to a Power 8.

In recent years, the majority of IBM i customers bought IBM Power 6 520 or Power 7 720 Express server packages for their enterprises.

The change for Power 8 machines is that IBM isn’t offering an upgrade path to migrate to new hardware with the same serial number for its Power 720 Express servers or any Power 7 server below a Power 750 box. Power 7 710 through Power 7 750 customers will have to migrate to new hardware with a different serial number…which will increase their software migration costs.

Why this matters is that when you upgrade to the Power 8 version of an Express server, your third-party software charges may go up. How much depends on the terms your vendor sold your software under.

In a recent column, I wrote about the different ways that IBM i third-party software vendors price their offerings. If you’re running a Power 7 710 through a 750 machine (where you won’t be able to keep your existing serial number), you may have to pay some kind of license transfer fee to run some third-party packages on new Power 8 hardware with a different serial number.

License transfer fees vary but the fee will be at least a few hundred dollars and depending on your hardware or software, it could go much higher. As I’ve said before, machine migrations shouldn’t be revenue events but some IBM i software vendors treat them that way. So for certain third-party IBM i vendors, you’ll receive an invoice when you move to Power 8 hardware with a new serial number. Like a toll booth, you’ll have to pay more to get a new security code to run their software on your new machine.

Depending on the size of your contract, you may be able to negotiate this fee downward but any reductions will be at the vendor’s discretion according to the terms of your contract. A vendor won’t be obligated to reduce your fee but you can ask for and negotiate a reduction or waiver.

The lesson is: contact your vendors as you’re budgeting for an IBM Power 8 migration. There may be some additional costs just to move third-party software to a different machine. And when buying new IBM i third-party software, look for vendors who adhere to the fair pricing strategies that I’ve outlined in an earlier post. It will cost you less in the long run.

At DRV Tech, we pride ourselves on fair, no-haggle pricing at a competitive price. We don’t charge our customers hidden fees or license transfer costs to get a new security code for running our software on new hardware. Unfortunately, not all vendors do this.

Learn more about how DRV Tech puts you in control of your IBM Power systems output.